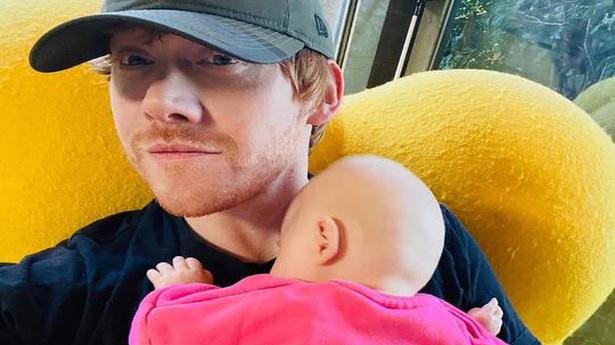 The ‘Harry Potter’ star revealed that he and his girlfriend, actor Georgia Groome have named their six-month-old daughter Wednesday

In his first Insta post, the 32-year-old actor revealed that he and his girlfriend, actor Georgia Groome have named their six-month-old daughter Wednesday.

Grint, who played the bumbling Ron Weasley in the fantasy film franchise based on JK Rowling’s books, shared a photo of himself cradling the baby, who is dressed in a bright pink jumper.

“Hey Instagram… only 10 years late, but here I am. Grint on the Gram! Here to introduce you all to Wednesday G Grint. Stay safe, Rupert,” he wrote on Tuesday alongside the picture.

Grint and Groome, 28, who is best known for starring in movies such as “London to Brighton” and “Angus, Thongs and Perfect Snogging”, announced their pregnancy in April.

The couple has been dating since 2011.