Sunshine kasavu caught in the warp and weft of pure white cotton has been the trademark of Kerala handlooms. The GI-tagged fine mundum-neriyathu with gold kasavu or coloured kara borders, woven by nimble fingers of traditional weavers of Balaramapuram, has a special place in all festive occasions.

During Onam, which also happens to be the wedding season, the weaving hub of Balaramapuram, about 20 km from Thiruvananthapuram, is usually bustling with buyers from all across the world.

Weaving in Balaramapuram goes back to the era of Balarama Varma (1798 to 1810), ruler of erstwhile Travancore. His Dewan Ummini Thampi settled seven weaver families of the Shalia community from Valliyoor, in Tirunelveli district, in Thiruvananthapuram to weave clothes for the royal family. Eventually, in the memory of the ruler, the place came to be called Balaramapuram.

However, this Onam, the 200-year-old weaving tradition of Balaramapuram is hanging by a thread as a result of the pandemic and the ensuing lockdown. “Not a single set has been sold in the last four-five months. Onam is when we have our biggest sale of mundu-neriyathu sets, dhothis and saris, which is around ₹10 to 15 lakh in a good year. In fact, that is when we make enough to sustain ourselves during the rest of the year. Unfortunately, that has taken a beating because of the present circumstances,” says Sudhakaran J, a traditional weaver employing eight women working on pit looms.

Taking note of their difficulties, city-based designer Alan Alexander Kaleekal is launching an initiative, Travancore Design Co. to help them sell their products at his store RAHÉL along with his label, KALEEKAL. Usha Balakrishnan of ANKA and Kochi-based Shalini James (Mantra) and Sreejith Jeevan (Rouka) will join him in the next phase where design intervention will take place to reimagine the traditional weaves. As powerlooms and cheap branded products using a mix of synthetic threads invade the scene, the designers fear that the pit looms might be silenced forever if they do not act now.

“Balaramapuram weavers produce some of the finest traditional Kerala kasavu fabrics. Their motifs and designs have an identical appearance on both sides of the fabric. It is too precious a legacy to be lost. Our aim is to request each Malayali household to buy at least one Balaramapuram sari or mundum-neriyathu to bring the Onam spirit into the homes of the weavers,” says Alan.

The collective plans to procure products from the weavers and sell them through online sales or by appointment at their stores along with their own labels.

ANKA has been at the forefront of tweaking the Balaramapuram weaves with fresh designs and a touch of colour to the pristine cottons. Although the pandemic has been a difficult time for them as well, the start of the festival season has ANKA reviving their classical line of ivory-gold and ivory-silver.

“We also have a new range that will have a mix of gold and silver kasavu to give the gold a different sheen. Our wedding range has kasavu with fabric woven with counts of 120 and 100,” points out Usha.

RAHÉL’s curated collection has vibrant Balaramapuram saris and set mundu with kasavu and kara. “Since Thiruvananthapuram had several containment zones, work has just begun for the festival,” says Alan.

Shobha Viswanath of Weavers Village has a colourful collection of set mundu and saris with bright and broad karas. “I feel that karas in shades of yellow and bright colours with lines and borders will appeal to a clientèle looking for traditional wear that is trendy too. This is in addition to the sets with gold and silver kasavu borders,” she says.

Karalkada, perhaps the oldest brand in Kerala selling Balarampuram weaves, is aiming at the wedding and festival season. The kasavu with puliyilakkara (motif of tamarind leaf) is one of the specialities of Balaramapuram and Karalkada has a premium collection of those.

In the meantime, Kasavukada, with branches all over Kerala, is highlighting their bespoke weaves for bridal wear. Hailing from a weaver family himself, Nandu VS, managing partner of Kasavukada, says proudly that although many of their outlets were closed due to the lockdown, they were still weaving on the other days during this trying period. Their USP is a ‘Thali’ collection that is aimed at the wedding market. “It is pure zari and costs between ₹30,000 and ₹60,000,” says Nandu.

He says the weavers have moved to places like Peringamala, Manchavilakam and so on in Neyyattinkara as Balarampuram had transformed from a weaving village to a centre of trade.

As the countdown to Thiruvonam begins, designers, weavers’ collectives and retailers assert that unless the weaving industry adapts to the changes and they get a helping hand soon, the proud legacy of Balaramapuram might fade away.

Shalini says that if weavers are willing to adapt to designers and work with them, it would not be difficult to find new customers. “Without any skill upgrade or loom upgrade, they can bring in these changes in designs that will usher in a new product profile,” says the designer.

Sunil Sethi, president of Fashion Design Council of India, has offered to buy the stocks from the beleaguered weavers of Balaramapuram.

Speaking on the phone, he says: “I consider weaving an art and it is important to support every art and craft of India.” 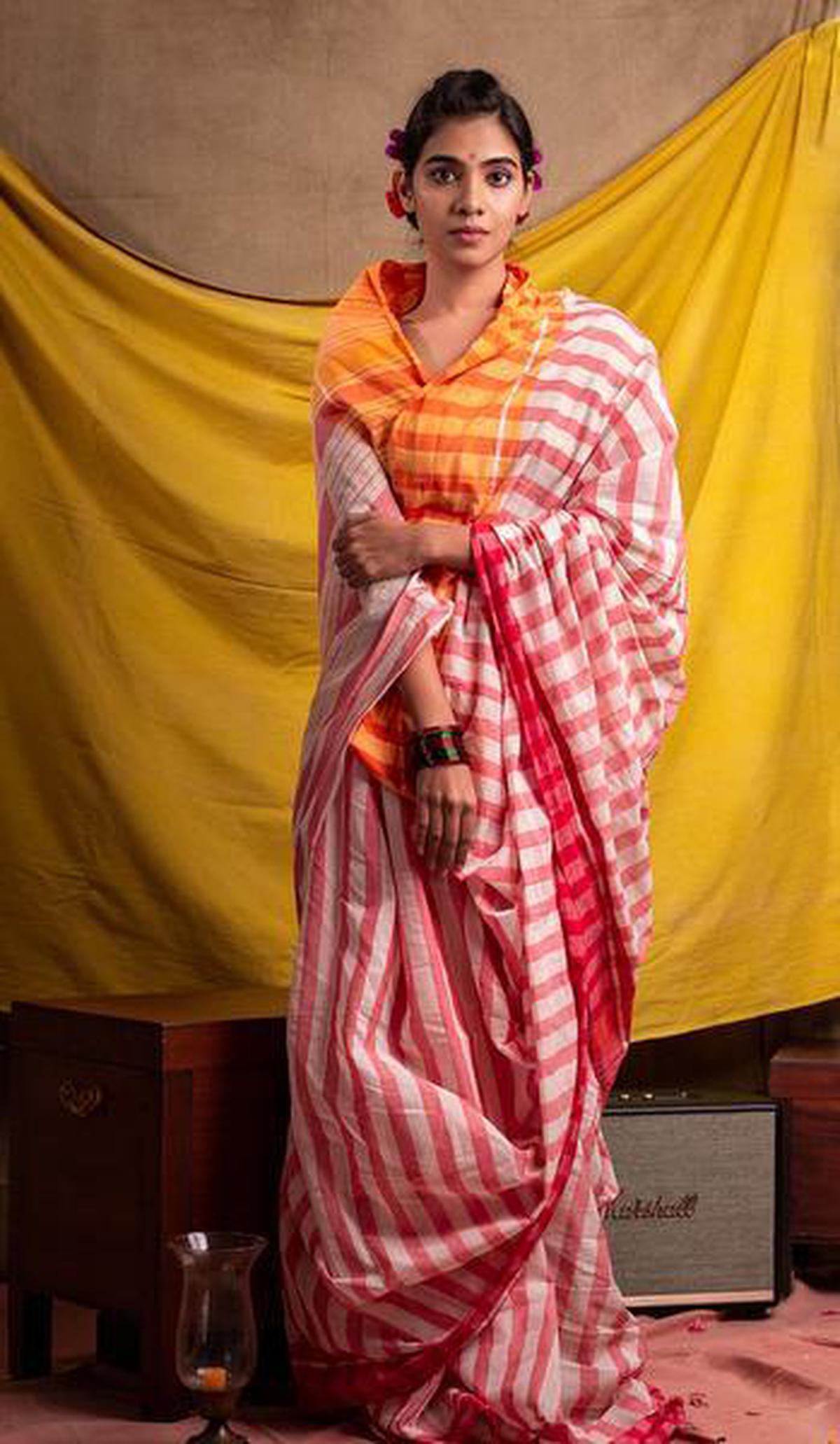 Weavers Village has chosen to highlight the magic of karas woven by weavers of Balaramapuram
| Photo Credit:
Bobby

He feels that the younger generation, even when they may not follow the family tradition of weaving, must be made digitally savvy to help their families to reach out to the global market. “Innovative use of the same textile can also be done, for which it is imperative for designers to work with the weavers and find ways of adapting the weaves for modern lifestyles.”

He asserts that the State government and Central government must act in tandem to ensure that the weavers are aware of the number of schemes and projects to help them.