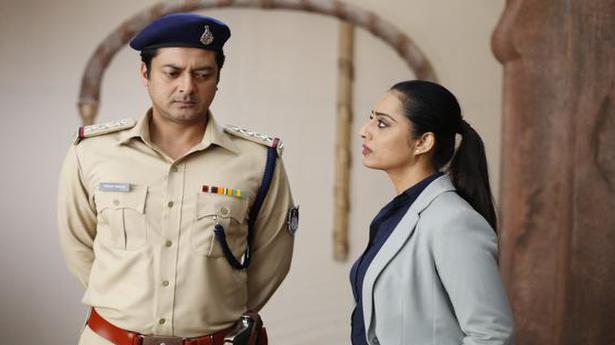 The Bollywood star gets candid about her army background, and how it has helped her as an actor in the Hindi remake of Telugu hit ‘Bhaagamathie’

No matter what your go-to genre of films is, there is a good chance that you have watched Mahie Gill on screen; the actor who has done them all. From the Dabangg series to Dev.D to Saheb, Biwi Aur Gangster, the star has played a gamut of different characters in her career.

Now, Mahie stars in her first horror film, Durgamati: The Myth. The actor says that the film has a great concept and is driven by a fantastic cast which includes Bhumi Pednekar, Arshad Warsi and Jisshu Sengupta.

The film is set to release December 11 on Amazon Prime.

Talking about the differences between the original film and Durgamati, Mahie discusses the process of becoming Nidhi Verma: “I was selected in the Army myself, and my background helped me understand my character better. I was initially hesitant to watch the original film because I didn’t want to be influenced by the way my character was portrayed in it. But I made sure that my portrayal was different from hers (Asha Sarath) — she had done such a brilliant job in Bhaagamathie!”

The actor also remarks that director Ashok added a lot to the flavor of the script and gave her multiple inputs on what was expected. “I credit my portrayal to my co-actors and director who helped me feel more like the character, while the cameras were rolling.”

Discussing future projects, Mahie is awaiting the release of her multi-lingual film Orphan Train in which she plays an Environmental Protection Agent uncovering a link between radioactive isotopes and the death of children kidnapped by the cartel. She also says that she is looking forward to another OTT release in January which will be a “war film”.

When asked about how she is handling the lockdown, the actor says that she craves work to keep her spirits high, but is grateful for the free time she has now to spend at home with her daughter. The actor has also taken up cooking and baking during the lockdown. “But I still do miss the set,” she concludes.