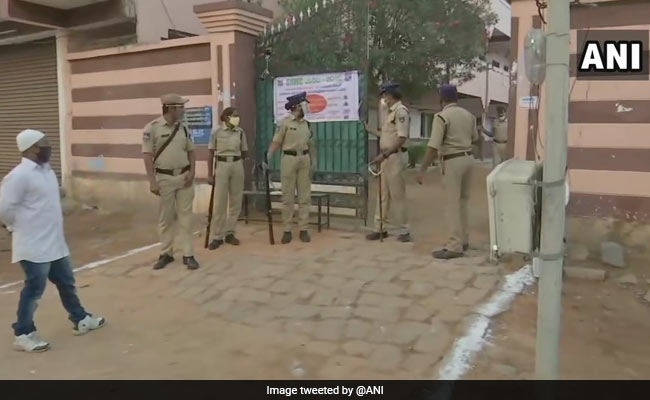 Voters in Hyderabad did not seem to share the same excitement and enthusiasm that political leaders have shown in the weeklong high-decibel campaign run-up to the Greater Hyderabad Municipal Corporation elections. Voting was at hardly 37 per cent at 5 pm after 10 hours of voting on Tuesday.

Shilpa, a resident, said she is disappointed people did not come out to vote. “People must vote. Otherwise they cannot demand accountability or change,” she said.

Senior officers said it is perhaps time to start looking at measures to incentivise those who vote and deny incentives to those who don’t.

Cyberabad commissioner VC Sajjanar said the government spends crores of rupees on the election exercise and it is disappointing that people don’t vote. “There should be a committee formed in consultation with political parties, government officers, civil society to find out what can be done,” the officer said.

Raju Patare and Sharmila came early to vote before 8 am. They were armed with voter slips, Aadhaar cards, other identity papers but were not allowed to vote. “We voted in the 2018 assembly and 2019 Lok Sabha polls. Why is our name not there? In our apartment with 20 flats, only one person’s name is on their list,” one of them said.

“We are taxpayers. Why should we be denied this right to vote, to have a say?” said Sharmila.

Elderly couple Prasad and Durga had taken an autorickshaw to come to the polling station but went back disappointed as they could not vote.

“No one can find our names and we feel bad that we don’t have our right,” said Durga.

Prasad said despite it being a pandemic, they had come out to vote but could not. “Very disappointed.”

The last one week was action packed with the BJP bringing in a galaxy of national leaders, asking Hyderabad to vote for change whereas the TRS and MIM had argued that people must reject the “outsiders” who would allegedly disturb peace and development.

At all polling booths that NDTV visited, there were hardly any queues, either in the morning, afternoon or evening, not even before closure time.

The BJP that saw political opportunity in Telangana had mounted an aggressive campaign.